The Wallingford Swarthmore School District held its regular meeting tonight. Its available on Youtube and at 50 minutes is one of the shortest. The agenda is available on Board Docs. Student Report The student report covered the first month of school. Band night on the 24th was a […] 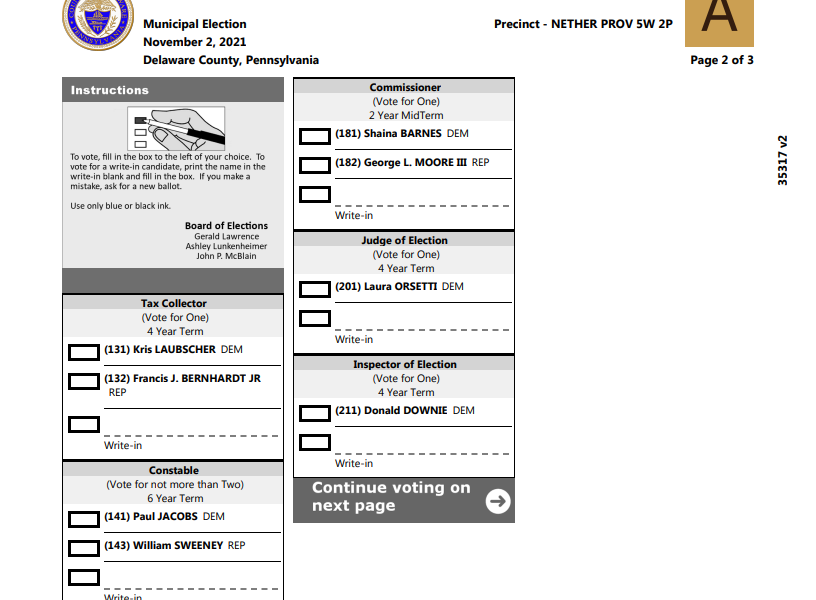 The county Bureau of Election has posted all the sample ballots for this fall’s election. You can look up your ballot exactly as it will appear on the county’s website here. Note that not only is the first page of the ballot front and back, but you will […]

WSSD has sent out an email this morning that there will be no Bus 21. Due to the number of Covid cases among transportation workers, they have run out of bus drivers and have been unable to secure a replacement. In other school Covid news, the Economist had […]

The Regulation Of Vice

The Commonwealth Court, one of the appeals courts in Pennsylvania, ruled last Thursday that the sale of the Chester Water Authority to Aqua can go ahead. The decision is here and appears to have been 5-2. That will be appealed and apparently there’s still much litigation to go. […]

Also of local relevance today is the announcement that Delaware County Council will host an educational session on the future of solid waste handling in the county on September 30th. The session will happen at 6 pm in the county council room in Media. County Council and the […]

Covid Update from the DelCo Times

The DelCo Times has a short article today highlighting the rise in cases among the young. The numbers don’t look good. The positivity rate has risen from 6.3% to 6.8%, the incident rate is 117 per 100k, although the article doesn’t give the units for this number. 117 […]

The WSSD school board held its regularly scheduled meeting. The video is available on Youtube, and the agenda is available on BoardDocs. Student and Superintendent Reports The board received its first student report of the year, largely covering the start to the school year at each of the […]

The State of Surveillance in Garden City

One of the legacies of September 11th was an expanded system of state surveillance starting with the Patriot Act, which passed two months later. A lot has changed in the last 20 years – now virtually everyone carries a device (such as a cell phone) that allows the […]