Lenape in the News

Local ABC 6 news ran a short segment tonight on the language class I’ve been in. You can read or watch the short segment about Shelley’s attempts to revive the Lenape language here. We were able to meet in the Swarthmore Linguistics department for a rare in-person class. […]

A Walk in the Forest

This week, our Lenape teacher is started a new Lenape class with dozens of new students. My fellow students will be are now teaching assistants. The language is slowing regaining ground. This story is a bit ambitious for the level of Lenape my class is at. Negatives are […]

Yesterday the 2022 Lenape Rising Nation River Journey down the Lenapei Sipu stopped at Haverford (there’s one final event at Cape May in a few days though). The visit started with smudging, then drumming, and included stories and introductions to the groups signing the treaty of friendship with […]

Every four years, one of the local Lenape groups travel down the Delaware River from Hancock, NY to Cape May, NJ to raise awareness about the native peoples of this area. Along the way they hold a variety of events for the public. Parts of the river are […]

Nanticoke and Lenape Acquire Land in Delaware, No Progress Yet in PA

WHYY recently reported that tribes have acquired land in Delaware near Millsboro and Dover with support of non-profits. Money was an obstacle to land purchases for the tribe, but the state, the Mt. Cuba Center and The Conservation Fund came together to provide a path to restoring land […]

I emailed the Friends Library at Swarthmore College for resources to learn more about the history of the Lenape in the area and one of the books cited was “Lenape Country: Delaware Valley Society Before William Penn” by Jean Soderlund. The book covers the time from when the […] 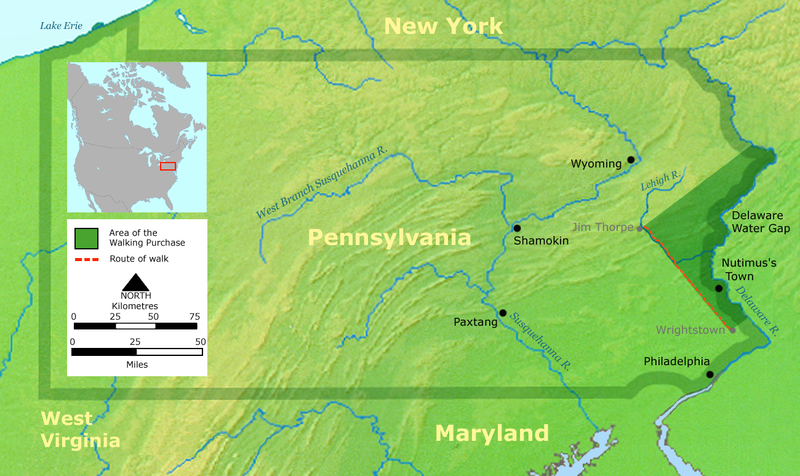 While learning the Lenape language, we’ve continued learning about the tribe and its history as well. One of the most notorious parts of that history is the 1736 Walking Purchase by which William Penn’s descendants acquired (stole might be a more accurate term) 1.2 million acres along the […]

Lenape Practice in the Hills

Another part in my occasional series to put more of the Lenape language on the internet. As before, I am only a beginner, links go to the Lenape Talking Dictionary’s native speakers. This time, I’m going to attempt the x sound, which is similar to a German ch. […]

In one of the old Delco newspapers in the mid-late 20th century, I saw that for a while they ran a regular column with a few Lenape words. The Lenape were the tribes that lived in this region, as well as parts of Delaware, New Jersey and New […]